All about Elasticsearch updates 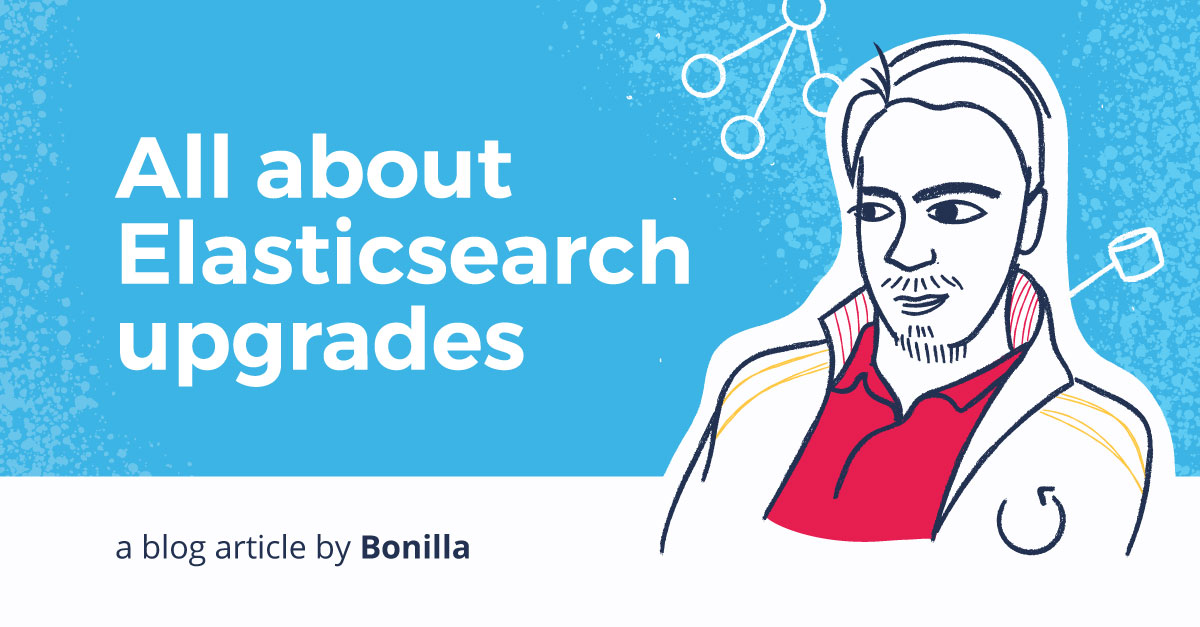 Pedro is a Database Architect at The Workshop. As the Founder and current leader of the User Group Malaga Databases, Pedro loves learning about technology and exploring his passion for databases. In this article, he provides some pointers on how to manage Elasticsearch upgrades.

If you are working with Elasticsearch, you have probably realised that the company publishes new versions of its software very frequently. To give you more context, let’s compare it to what other database technologies have published in the last year: 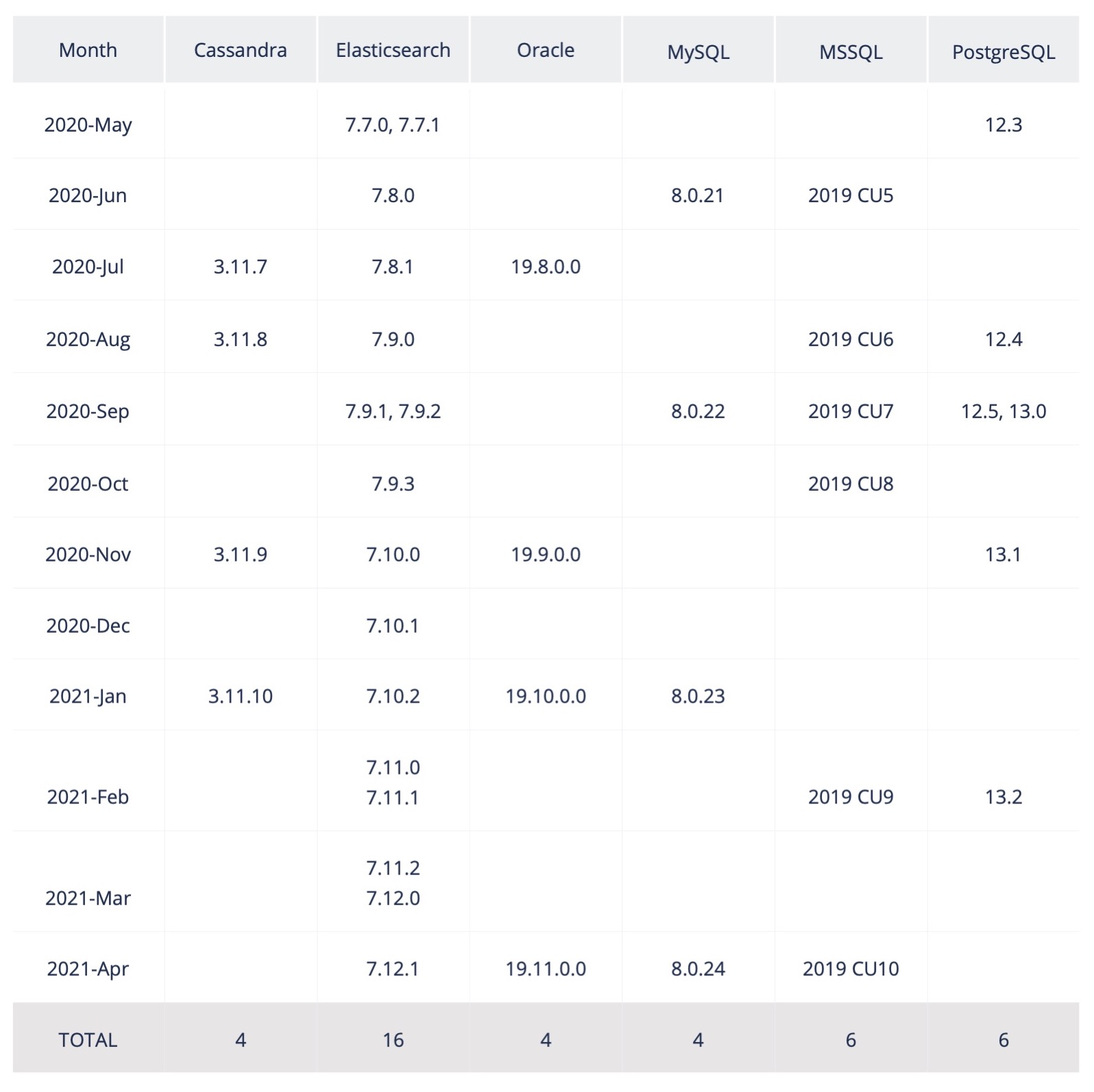 Elasticsearch shines with 16 releases — that’s more than one a month! Most other companies release one per quarter on average.

Let’s see an example of how versions, or releases, are defined in Elasticsearch:

You may have experienced a minor release create some incompatibility issues. These issues may happen between components inside the Elastic stack, or ELK stack, or may occur with the application using Elasticsearch. It means that something that worked before has stopped working after applying a minor release. The most common reason is a breaking change.

Elastic compensates for these incompatibility issues with its Maintenance Policy and a lot of documentation offering supporting during the upgrade process. The high-level steps to follow whenever you are thinking of taking upgrading to a new release are:

Follow these steps at the Preparation stage of an Elasticsearch upgrade:

In some cases, you might be required to do some re-indexing whenever there are indices created in previous versions. The Elasticsearch engine does accept indices from the previous major version, but it does not from older ones. For example:

Indeed, if the re-indexing is not done before the upgrade, the whole Elasticsearch cluster won’t work at all.

The recommended steps for the Upgrade stage are:

Needless to say, this upgrade process should be tested in non-productive environments first with the applications running in background and cover any defined functional and performance tests.

Lets remind ourselves of the two key points we have covered so far:

Elastic believe that not all users can keep up with their upgrade pace. This is the reason why Elastic keeps the updates of the latest minor release in the previous major version. For example:

A trusted source told me that Elastic will keep the current version till 7.15 or 7.16, so version 8 could be released around the end of this year, or the beginning of 2022…

I hope that these explanations can help you form your own conclusions about which major Elasticsearch version you want to run, or about its upgrade process as a whole. Clearly, many users will need to consider these Upgrade notes when version 8 is released.

See you soon for my next article about databases!

NB: This is a translated and updated post from another one on my personal blog in Spanish, bonisql.

Fancy spending your day dreaming up future scenarios? Welcome to the world of Threat Modeling. In her brilliant blog post, our Principal AppSec Engineer Alina explains the process and how you can try it.

World Creativity and Innovation Day: problem-solving at The Workshop

Happy World Creativity and Innovation Day! To celebrate the power of creativity at The Workshop, Barbara, Alina, Nuria and Antonio tell us why #IAmAnInventor equals #IAmCreative

Behind the scenes at The Workshop: A day in the life of a Quality Engineer

Curious about what a Quality Engineer does at The Workshop? Karolina shares what goes on behind the scenes.